I recently had to start a service in Ubuntu server but I wanted it to be reliable. By reliable I mean it should be restarted in case of any failure and on machine restart as well. I stumbled upon UpStart which comes by default with Ubuntu and does exaclty what I wanted. In this post we are going to see how to setup the UpStart configuration and we will be starting the Phoenix server.

The service can be started on various events

Using the start on stopped and start on started you can chain various services together to create a flow of services so that they start one after the other e.g. setup database service maybe started before your web server starts etc.

The configuration file should contain the following block to start your service.

You can write commands in the configuration file to execute at various stages of a service. Following is the state transition. For complete diagram and details see here. 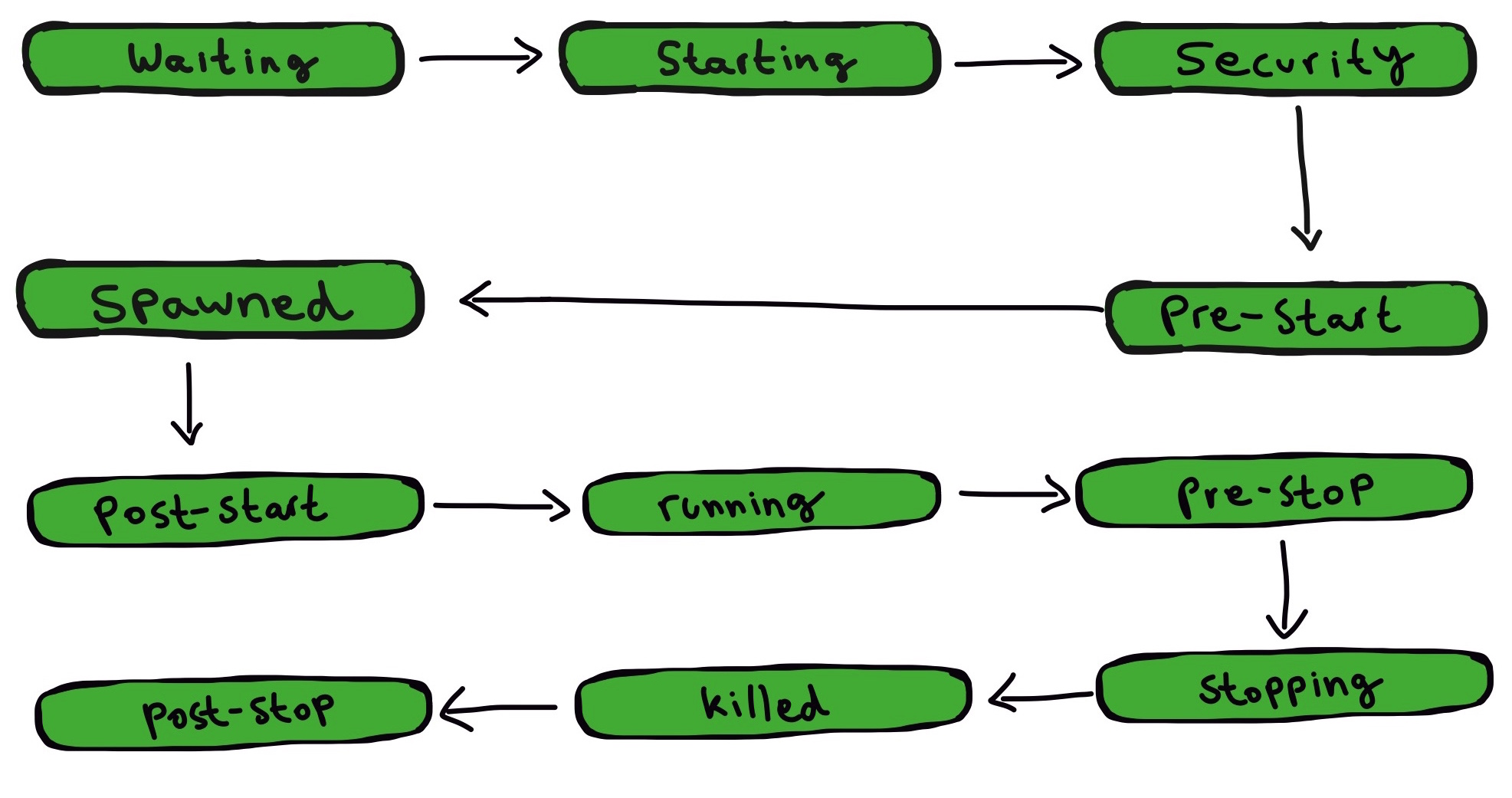 The states are self explanatory but I got confused between few.
Spawned vs Post-Started vs Running: The spawned is the state before your script is executed to start the service, post-started is the state before the event signalling that the job has started is emitted (due to some initialization phase) and running is when your job is considered to be started.

To do something at any of these states add the following

Following are some of the commands to manage your service.

You can find more commands here.

All your service logs are stored at /var/log/upstart/service_name.log. If you see any issues in service start etc. then just go over the logs to figure out what could be the issue. This has the stdout from your service.

I'm going to create a phoneix based sample web service and build its release and then run that as a service.

First I create the sample phoneix application and create and elixir release.
I create the .conf configuration and make a link sudo ln -s /path/to/phoenix.conf /etc/init/.

That's all what is needed to reliably start anything. You can try restarting your server and your service will run once the machine boots up.