React is one of the frontend framework that everyone is talking about these days. I wanted to see what all the fuss was about and also learn a modern JS framework in the process, hence I used React in building filecha.in (source code) which is a pretty simple peer to peer file sharing web app using WebRTC.

In this post I am going to go over some basic things I liked about React and how I architectured the frontend of filecha.in.

Composition is a cornerstone of building complex systems by combining smaller components. When I started using React, this is the first thing I loved, that it had composition as part of the framework. In this case it was composition of UI components to build more complex components.
A component in React is a renderable entity that takes some state information and renders it, they way I like to think of it is as custom HTML elements (similar to WebComponents).
Components can use other components in their rendering. An example of it would be that in a list of items, list is one component and an item in the list will be another component. So <ListComponent/> will be composed of an array of <ItemComponent/>.
This allows the developers to build more generic and cohesive component that they can easily reuse across their application.

We all have scars from PHP era, when HTML & PHP were part of the same code and there might be some SQL in the mix as well. This made things ugly very quickly, good that we now have frameworks that keeps separate things separate.
In case of React it goes back to keeping UI code and its logic in the same place, but it does it in a way which does not make it messy, but instead makes it more manageable.

The pro of doing this is that you don't have to navigate between the template code and the controller code to make changes, instead everything is at one place and the HTML (or JSX) is under one function primarily.
The JSX allows you to use javascript in your HTML code as well, but you should use it sparingly and only when it makes sense.

As I started building my app, I ran into the problem of how do I manage state in a clean way. Thats when I stumbled upon Flux. Flux is not a framework instead it's a way of architecting your React application where you have to maintain state and its business logic. Many frameworks have been developed that allow you to build your application using that architecture.

In Flux we have the following components.

If you have used other frameworks then you would have stumbled upon data binding which allows you to keep the Model and the View state in sync.
React does not follow the same concept of data binding. React has a more simpler approach i.e. one way flow. The flow works as the diagram suggests, that any change in view or user action will send an action to store (using dispatcher), store will change its state and send it to view which updates its state and re-renders.

You might think that this couples the Store & View. The way to decouple it is that the store can also emit events when it has made changes to data, the view registers to listen for that events. Only the bigger component should listen to such events and pass the necessary data to its children components, in this way not all views are coupled with that event, only few big ones are. 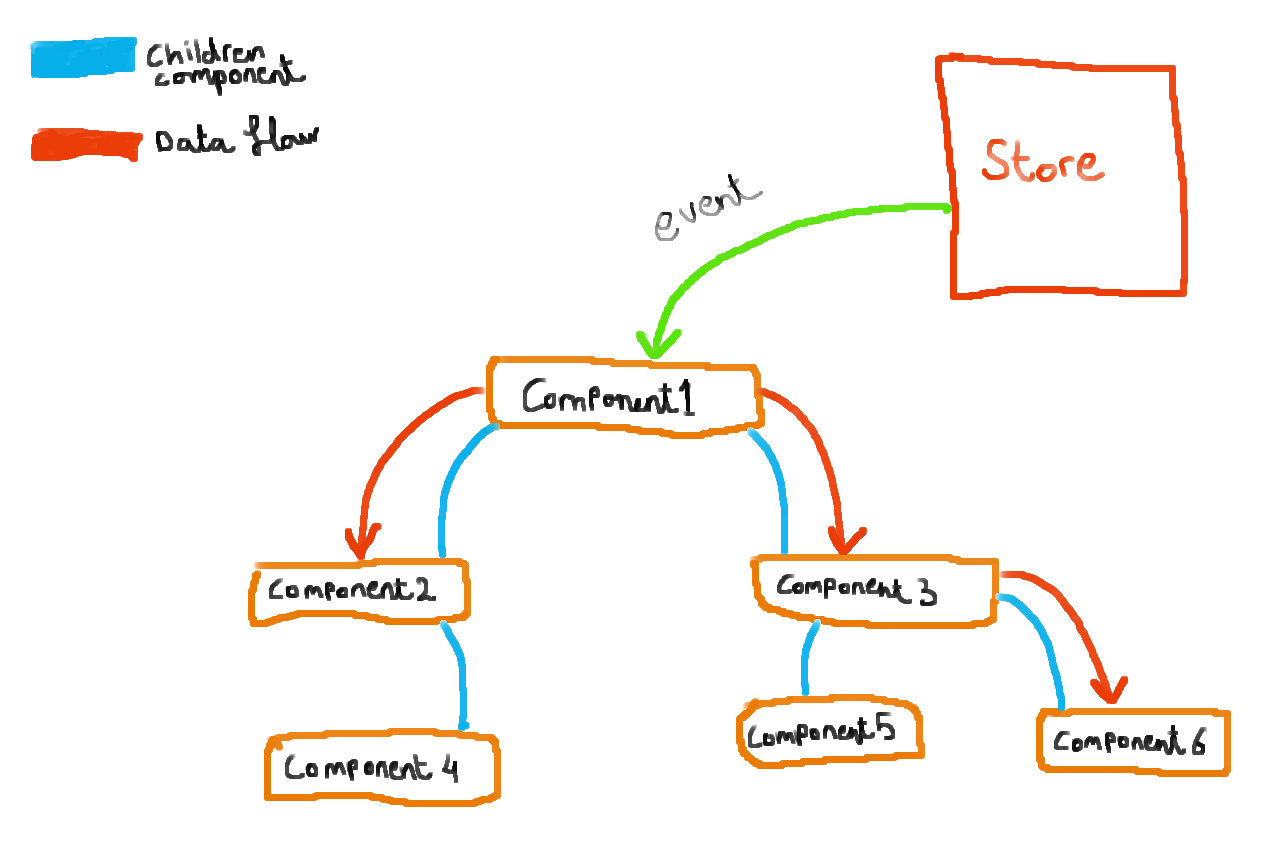 Following is the frontend architecture of Filecha.in. 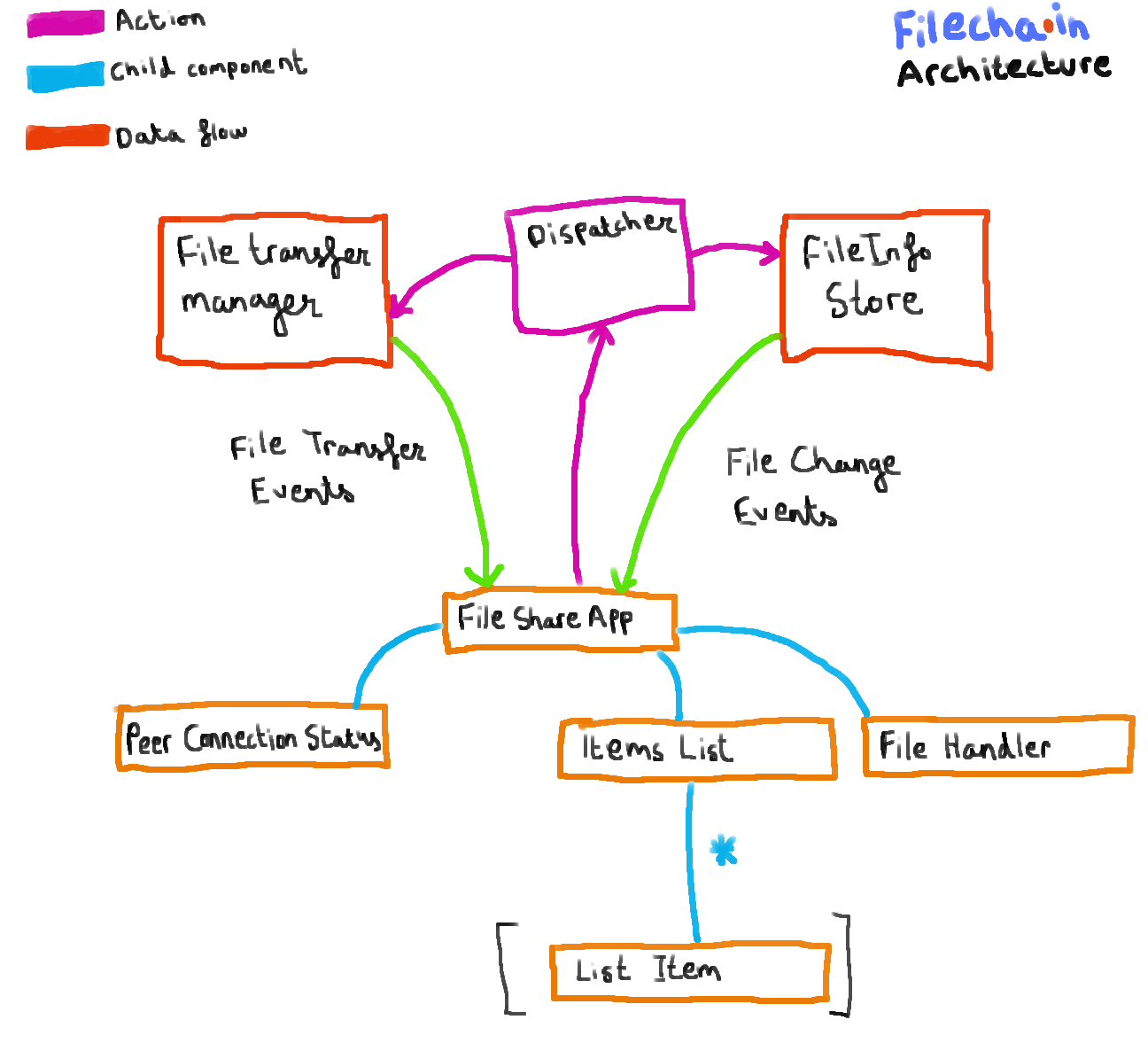 I have the following two stores

I have the following React components

You can see the source code here.
Let me know in comments if you have any suggestion to make it more manageable or any other ideas.